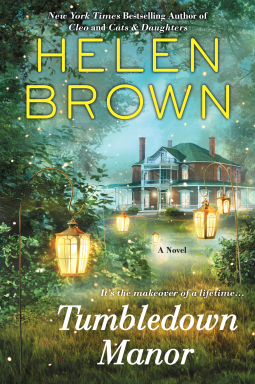 I thought the cover was rather fantastic and this was further emphasized when I read the story. The story also appealed very much to me as an older reader as it further emphasized the point that it is never too late to re-start your life (especially to uproot yourself) into completely new surroundings, meet up with physical challenges which seem daunting and also in the process maybe find a new interest!

Lisa Trumperton stumbles upon a run down countryside house, way out of Melbourne and its urban surroundings. The manor belonged to their grandfather but it seems to contain a mystery that no one wants to talk about. They seem to edge away when the conversation comes to this house and it has remained forgotton and unloved till Lisa decides to take it in hand.

Moving from the physical obstacles to the mental ones of being a newcomer in a small country town Lisa tries hard to assimilate and blend. She does not of course. She has to be judged on her own qualifications of being Lisa Trumperton and that is a hard image to live by.

The twists and turns of this simple story are nicely detailed. The story line was good and took one in.
Posted by Mystica at 10:42 PM

Such a cute cover

You're right, love that cover!