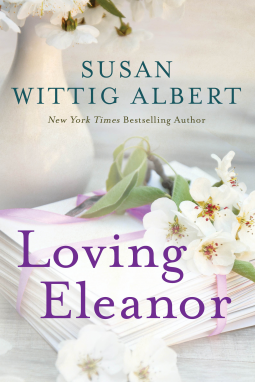 A political reporter falling in love with the First Lady. Sounds improbable and that it happened and was maintained for years shows how much can be done without the technical advantages of bugging, long distance lens, papparazzi etc.

I cannot imagine a scenario like this going undiscovered today or even if discovered not being talked about on every show imaginable! Here there were innuendoes and hints but nothing more and talk just generally died down. Hicks was the AP reporter during the period of the Great Depression. Her appointment alone as a reporter was very unusual. Women reporters got the society pages and the women's pages. She covered trials, political meetings and the like and this threw her in contact with Eleanor Roosevelt. Hicks finally covered Eleanor during the pre Presidential run and subsequently went "undercover" to follow the effects of the Great Depression on the American public.

The fact that the First Lady of the time was an unwilling participant in the political field and that she  had to handle FDR's roving eye and at the same time maintain a facade of the perfect family was the reason that Eleanor looked elsewhere for affection and love. She found it with several people and this story was the one between Hicks and Eleanor.

Very poignant, emotional and loving it was also sad. One knew that there was never going to be a happy ending and that both parties would have to move away from the situation.

The Great Depression brought out in vivid detail from the farming communities to the mining one from the timber forests and to the black communities segregated and marginalized the story is one of great detail and shows how politics was the most important thing in the game, people came a very very far second.

A compelling read which was sent to me by Netgalley courtesy of Persevero Press for an unbiased review.
Posted by Mystica at 12:29 AM

This sounds like an interesting book. Eleanor Roosevelt was a fascinating woman with quite a bit of sadness in her life. You are right that today such a story would make headlines and be talked about everywhere for a long time. Nice review!

Sounds like a good book but I agree that social media and relentless press these days would be all over it.

Thank you for sharing this very interesting book about Eleanor Rooseveldt. She is someone I always had a lot of empathy for.