The President's Shadow by Brad Meltzer 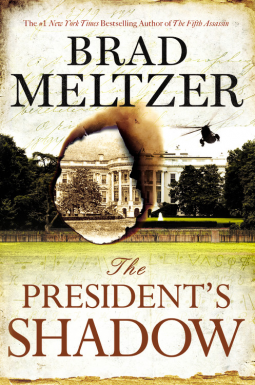 I always like to read about the American President, the administration, the way it works. It seems so far fetched, so much another world that at times its like fiction but the reality is of course very much there.

The book was a fascinating one - from the severed arm found in the Rose Garden to Beecher and his search for the truth about his father. It opened a can of worms and generally when that happens someone is going to get hurt because no one wants those cans opened.

Keeping you on edge, you never knew which way the characters would turn and you were almost invariably wrong! this was a fascinating read into how the White House operates, its secrets and I presume there must be many, and how people will kill to keep them hidden. Of course for the common good!

This was a book sent to me by Netgalley courtesy of Grand Central Publishing.
Posted by Mystica at 5:05 AM

I haven't read Meltzer in a while but have always enjoyed his work.

There is something fascinating about stories that take place in the White House, isn't there? I'm glad you enjoyed it!

I haven't read a Brad Meltzer book--at least not that I can remember. I imagine I would like his books though. I am glad you liked this one, Mystica! Sounds like fun.