A RURAL AFFAIR by CATHERINE ALLIOTT 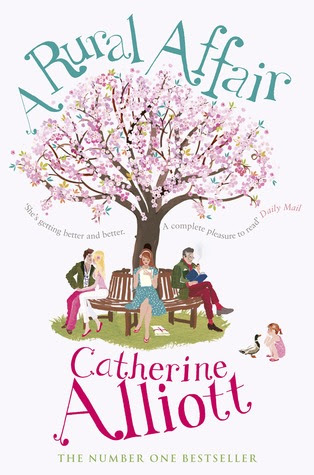 I do so like summery light covers and this fitted the bill. Read about this author on a blog and I have such a towering pile of TBRs that I always like to tick one off.

Phil is killed in a bizarre cycling accident. Poppy should be the bereaved widow. She isn't. She is quite relieved to be free of Phil and she and the two children can live a life free of all rules and regulations (she always felt that she lived under an army commander whose wish was law in the house). Going on we discover that Phil is not pure as the driven snow, there is a story of infidelity and also one where he was planning on leaving Poppy. This is the biggest surprise for Poppy who thinks this is so out of character for the straight laced Phil who she obviously did not know very well.

We also have a fat inheritance and the chance for Poppy to do whatever she would like. We have the mistress on the sidelines and we have a whole rural community of men folk drawn to Poppy for different reasons - some just pure greed for the money and some attracted to Poppy herself. How Poppy handles the transformation of their lives in this small rural community is the story of much light hearted banter and serious philosophical thinking.

The combination is so very good that it makes for a very good read.