The Line Between Us by Kate Dunn 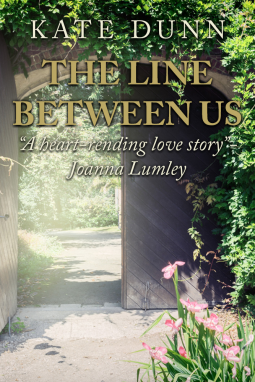 This is an era where the demarcation between classes of society were very clearly marked. If you did step out of line it was usually detrimental not just for you personally, but very often for your family.

Ifor was a clever boy but circumstances made him become the gardener at the big house. Ella was the daughter of the house but their attraction towards each other and their sympathies for each other was automatic and immediate. It did not bode well for the rest of the story that followed.

The story that followed with Ifor trying to be the stronger of the two for the best of all was an emotional one. The war which followed left Ifor behind in Dunkirk joining the ships that were sent to bring the stragglers left alone. The bombing of the Lancastria and the loss of four thousand soldiers was a massive blow in the Second World War and one which is hardly known.

Ifor survives but his return to his home is still tinged with sadness because Ella is still out of reach.
The divisions amongst classes still remain and this is the early twentieth century where it still seems to matter.

Sensitively told Ifor and Ella's love story with the backdrop of the War is very evocative of the period. It is amazing that despite the flood of novels set in the backdrop of both World Wars, there can still be another book which brings another aspect of the War closer to the reader.

The book was sent to me by Netgalley for an unbiased review, courtesy of Endeavour Press.