A Sensible Woman by Fiona Cameron 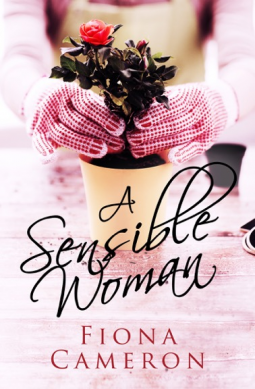 Roddy and Mabel's relationship had got into a rut. A very deep one and Mabel for one wanted out of it. Roddy had it made. A free place to live in, everything including sex provided and it seemed to have gone on forever. Now Mabel wanted him out. Out he went without a word to anyone not taking anything with him and leaving Mabel relieved on the one hand and unhappy on the other.

At times I was most irritated with Mabel, she did not seem to know what she wanted. She seemed to want to have the cake and eat it as well. But the story did settle down and though it started with a failed romance, it then went on to a murder, a mystery as to who did it and then back again to romance which ended well!


The characters were spot on for this story. A lighthearted read which I enjoyed.

The book was sent to me by Netgalley for an unbiased review courtesy of Flying Swan Press.
Posted by Mystica at 3:38 AM

Wow, I wouldn't have expected the plot to include murder. I'll look for this one!