The Girl who Came Back by Susan Lewis 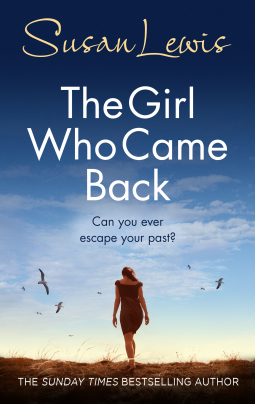 This is every parent's worst nightmare. A friendship which goes wrong which turns into a revenge killing of the most brutal kind. On top of it all, the murderer gets away with it with just a tap on the wrist and three years in jail.

Daisy was bright, sparkly, in love with everyone and the apple of her parent's eye. Her friendship with Amelia was not a happy one but Daisy's temperament was such that she was ever willing to give the benefit of the doubt to the other party and let it go. In hindsight her parents did realise that they should have been firmer, more definite in her choice of friends but by then the worst damage was done.

The blight on Jules and her entire family and in fact the entire village was profound. That Amelia and her high handed father continued to live in the village and that Amelia decided to flaunt her freedom in Jules's face seemed to be the last straw.

How this murder unravels and how the effects of one act are so wide and startling are very well told in this story.

My first read of this author and I certainly hope I can track down all her other books.

I found the story fast paced and intense and enjoyed every minute of it, heavy and dark though it was.

Sent to me by Netgalley for an unbiased review, courtesy of Random House UK Cornerstone.
Posted by Mystica at 6:27 AM

This sounds quite intriguing, Mystica. I am glad you enjoyed it. I think I might too. :-)

I have enjoyed several books by this author, so this one is going on my list. Thanks for sharing.

I have this one in my review list. I have enjoyed a couple of hers so expect to find it good.