The Mistresses of Cliveden by Natalie Livingstone 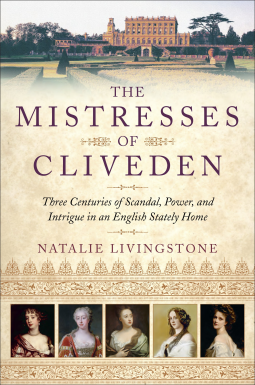 The story dealing with the ladies who presided over the house of Cliveden  was an interesting tale but the one that dominated the story was the house itself.  It seemed to have a presence and life of its own and it also became very vital and necessary for those who inhabited it. No one gave up on it lightly and their owners during their lifetimes became very attached to it.

The fact that most of the ladies and lords of the House were prominent people - politically mainly and socially was part of the charm and history of the book. Their lives were eminent and important and hence their stories were also so. Told in a succinct and precise manner the book goes through three centuries of history in a real story book manner which held my interest throughout.

Starting from the seventeenth century and its deadly beginnings ending with the equally deadly 1960s and the Profuma affair which topped a British government the house has been a background of conspiracy, spying, love affairs and secrets!

The stories that abound from this house reveal its mistresses  lives which always were slightly bigger than life and certainly not ordinary.

I received this book from Netgalley for an unbiased review courtesy of Random House Publishing Group - Ballantine.
Posted by Mystica at 1:30 AM

Sounds great and I love houses like this. Can see how it held your interest.